This posts explains how to use transparency to visualize information density. When visualizing geocoded data points on a map, for example, it’s common to plot each location with a marker. When many data points are located in the same geographical area, the markers drawn later will overlay the markers drawn earlier. When the markers are opaque, it’s difficult to tell at a glance how many data points are located in each region. The following example shows geocoded tweets authored about the Boston marathon. 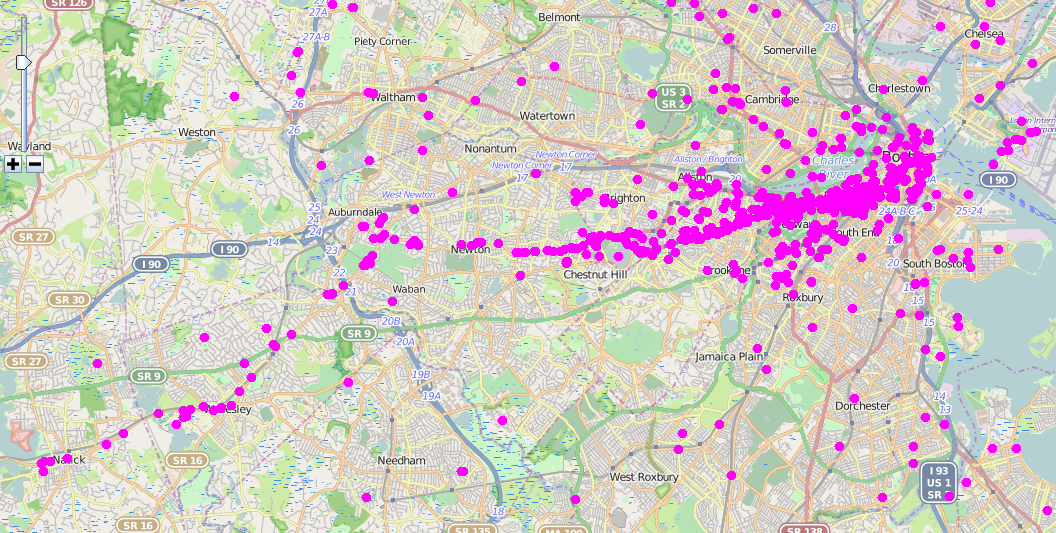 In this example, it’s clear that the tweets follow the marathon’s route. However, it’s not clear where the greatest concentrations of tweeters are. Zooming into the map is one way to move the markers apart to reveal the markers underneath. However, this requires an extra interaction that can be avoided with transparency.

When map markers are drawn in a transparent color, the accumulation of pixels in the same map region increases the density of the marker color in that region. The viewer can see at a glance that areas with a deeper shade of color represent more data points. The following example shows the same data drawn with transparency. The concentrations of tweeters are now clearly visible.

The following example shows a Google map with a set of circular overlays centered on points of latitude and longitude. Although some circles have greater area than others, by drawing the circles in a transparent color, the circles beneath other circles are not obscured and the overlapping pixels build up the color density. 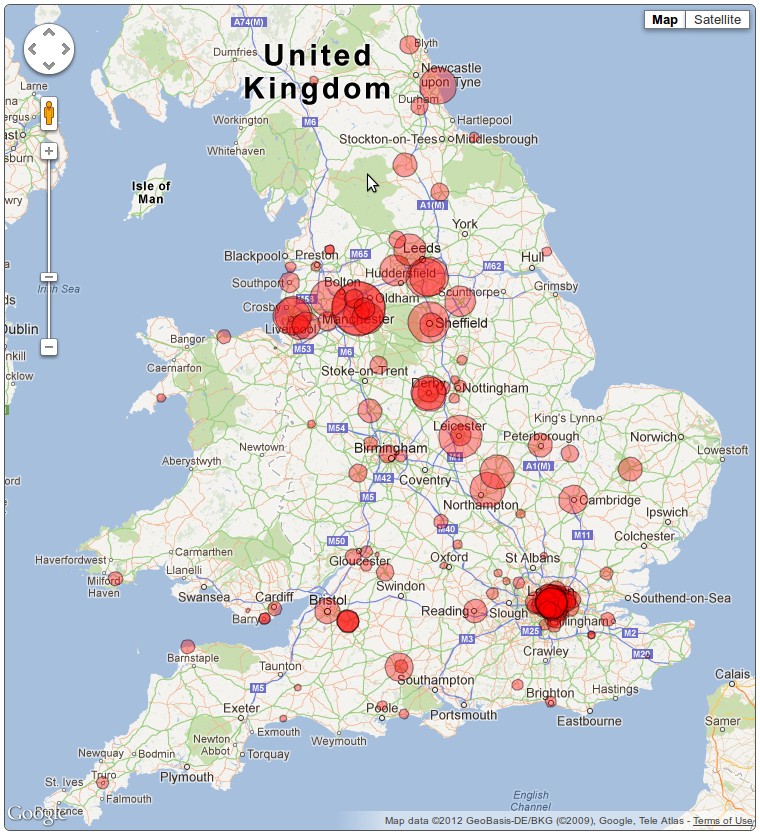