Sparklines are information-dense graphics often presented in table cells or next to accompanying text. Although many different sparkline styles have been developed, the most common kinds display bar and line charts that present the variable of interest on the vertical axis.

Double-sided bar charts display horizontal bars aligned on a central vertical axis. This type of chart typically compares the value of two variables, such as the number of male and female births on the horizontal axis over a number of years on the vertical axis.

The double-ended bar chart combines the compact representation of a sparkline with the horizontal layout of the double-sided bar chart.

Although the double-ended bar chart can display any two numeric values, it was designed to compactly present the positive and negative sentiment in a table of tweets. 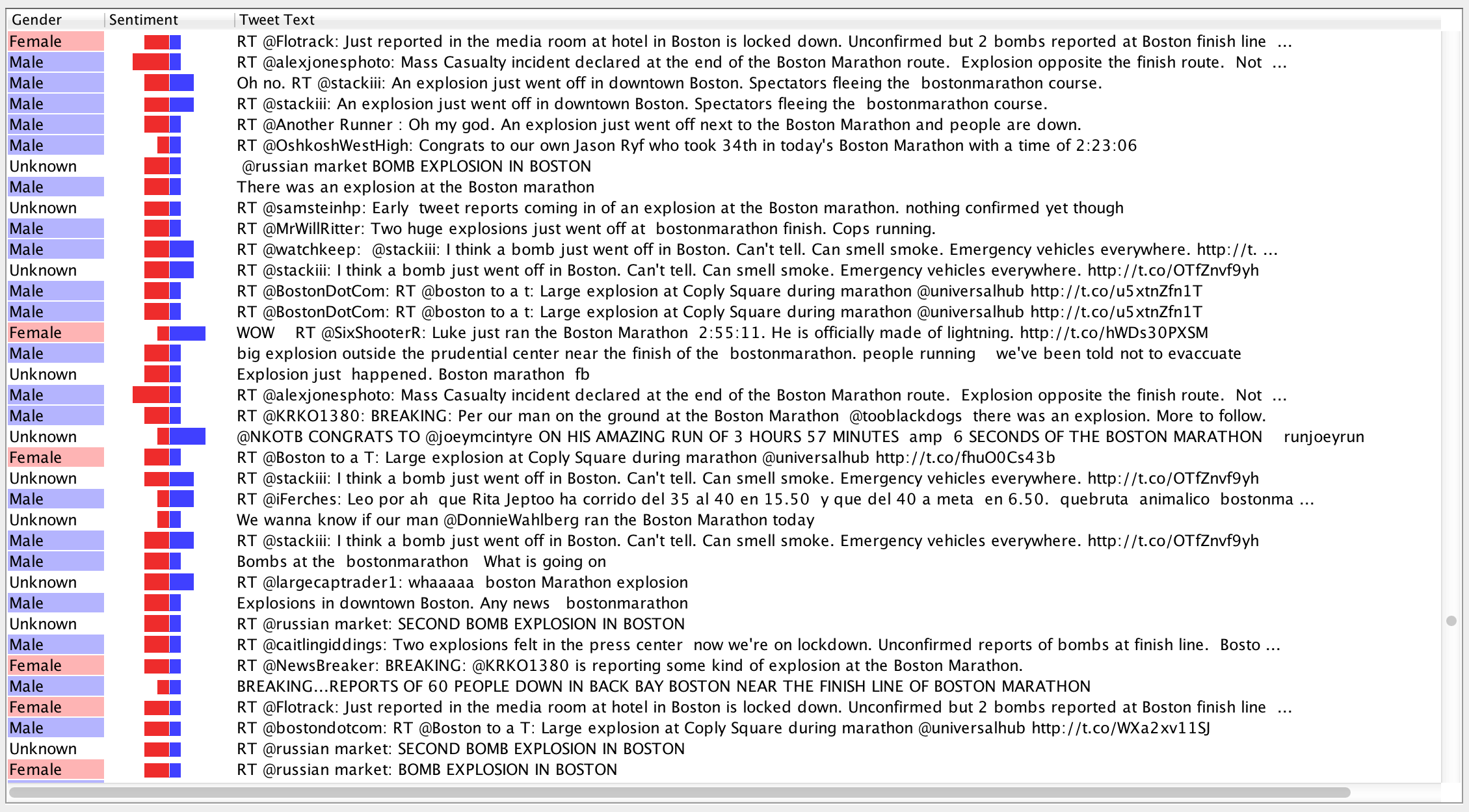 Sentiment analysis assigns a numeric value to a text by analyzing the emotional content of the text.

In practice, adding a few pixels of padding around a double-ended bar chart visually separates it from the table cell borders and from it’s neighboring cells. 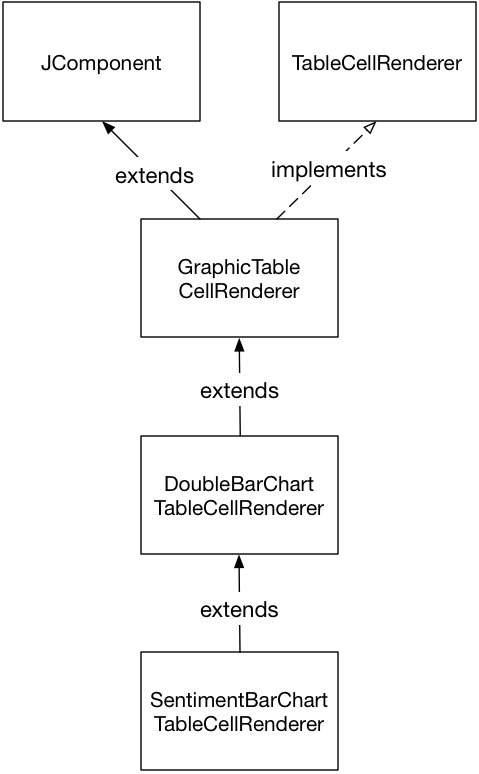